Many consider Phil Ivey to be the world’s best poker player, and a quick review of his accolades makes this a difficult position to dispute

Ivey's amazing poker tournament results are even more spectacular when you consider that tournament poker is not his preferred game! According to iveypoker.com, his bread and butter is high stakes cash games.

Born Phillip Dennis Ivey Jr. on 1 Feb, 1976 in Riverside, California, Ivey moved to Roselle, New Jersey when he was just 3 months old. By age 16, he told his family that he was going to become a professional gambler. He began playing against co-workers at a telemarketing firm in the late 1990s. One of his nicknames, “No Home Jerome” comes from the ID card he used so he could play poker in Atlantic City while still a teenager.

He often wears basketball jerseys at the poker table, and is a fan of the Los Angeles Lakers and Houston Rockets. He also likes the Buffalo Bills. He enjoys golf and finished 3rd in the inaugural World Series of Golf in 2007.

Phil Ivey at the World Series of Poker

In 2000, Phil Ivey was the first player to ever beat poker legend Amarillo Slim heads-up at a WSOP final table. In 2002, he won 3 WSOP bracelets, tying Phil Hellmuth Jr., Ted Forrest, and Puggy Pearson for the most WSOP tournament wins in a single year, earning him the nickname “The Phenom”.

Between 2002 and 2009, Ivey finished in the top 25 of the WSOP Main Event a remarkable four times. The fact that his 10 WSOP bracelets come from 9 different games shows his incredible ability to adapt to any variation of the game.

His 10 World Series of Poker Bracelets ties him for 2nd most of all time with Doyle Brunson and Johnny Chan. Although he trails Hellmuth’s 13 bracelets, Hellmuth was 4 years older than Ivey when he won his 10th bracelet.

The World Poker Tour and other Tournament Success

Ivey has also won the Monte Carlo Millions tournament (earning an even $1,000,000), and then won another $600,000 the following day at the FullTiltPoker.Net Invitational Live from Monte Carlo.

As good as he is at tournament poker, Ivey is even deadlier in poker cash games. He regularly plays The Big Game, a $4k/$8k mixed cash game at the Bellagio in Las Vegas.

Ivey was a member of the original design team for Fult Tilt Poker. While playing online poker for real money on the site, Ivey won more than $19 million from 2007 to 2011, making him the most profitable high stakes online cash game player on either Full Tilt Poker or Poker Stars, according to highstakesdb.com.

In August 2012, Ivey won approximately £7.3 million playing Punto Blanco at Crockfords casino in London. However, the casino claimed that Ivey had cheated by using a technique known as “edge sorting” to his advantage and refused payment beyond his original stake of £1 million. 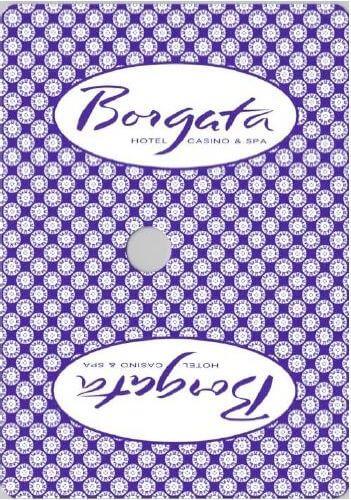 The back of most cards used by casinos are symmetrical. That is, they look the same from either direction. However, the Gemaco brand cards used by Crockfords were NOT symmetrical – the printing was slightly off-center, making the pattern on one side of the cards slightly different than the other side. Ivey’s companion asked the dealer to rotate key cards, which made them recognizable while remaining face down, giving Ivey a small advantage. As you can see in the image on the left the cut off circles (which represent the tops of diamonds) are smaller on the right than they are on the left.

In May 2013 Ivey sued the Crockfords Casino for refusal to pay him his winnings. He has admitted to using edge sorting at Crockfords, stating that the casino only had themselves to blame for not recognizing the flawed card design themselves.

In April 2014 Ivey was sued for $9.6 million by The Borgata Casino in Atlantic City for allegedly cheating at baccarat by taking advantage of the same card defect over 4 sessions in 2012. Unlike Crockfords, The Borgata Casino did not realize what had happened until well after they had paid Ivey his winnings, and were only made aware of the card defect after learning of the incident at Crockfords.

Both lawsuits are still ongoing, but there are several facts that support Ivey (and his companions):

Many of the world's best poker players have achieved celebrity status, whether due to their excellent play, outstanding results, or the strength of their personalities. However, there are plenty outstanding poker players whose results have not earned them the recognition they deserve. In our opinion, the play of these 9 players in 2014 is worth noting, and each of them has the potential to become a household name within the next few years.

How to Crush WSOP Online Tournaments

️️Tournament poker strategy has evolved a lot since the start of the poker boom, which was fueled by Chris Moneymaker’s WSOP Main Event win in 2003. Long-time players can remember the Harrington on Hold’em series of poker books, which introduced groundbreaking information in those early days of online poker.  Add modern-day poker solvers and poker players who excel at data analysis to the picture and what you have is a very different game!

In this detailed article, we explain exactly how the PokerStars Stars Rewards program works, how little rakeback you can expect to receive, and who (if anyone) the program is actually good for. We compare Stars Rewards to the old Supernova VIP program, and explain why PokerStars made such a radical shift in their approach to loyalty rewards. Originally, we hoped this new focus on losing players was an attempt to better sustain the poker economy, but additional changes to Stars Rewards made it clear that PokerStars are only interested in maximizing profits at the expense of their customers.

The two biggest factors for calculating your minimum tournament bankroll are ROI and tournament field size. In this article, we present tables that not only allow you to easily estimate your required poker bankroll, but also show you why you should be playing smaller tournaments! If you feel you are a winning tournament player, but are not getting the results you feel you deserve, then the problem may be with your bankroll management, not your play!