Can Your Poker Bankroll Handle MTTs?

Our previous article only considered tournaments with 2 possible outcomes: win or lose. However, most poker tournaments have multiple payouts and pay only 10-20% of the players. Lower chances of winning more money substantially increases variance in potential winnings (and losses), which results in a larger bankroll required to avoid going broke.

Let’s kick this article off with a slightly more complex example than our previous article: 10-man sit & go’s with a $10+1 buy-in with the following payouts:

We will assume that you are a talented player who will finish in the money more often than not. For this example we will give you a 12.5% chance to finish in each of the money positions, leaving a 62.5% chance of finishing out of the money in each Sit & Go. Therefore, your expected value (or EV) for each Sit & Go is $1.50 (13.6% ROI). As with our previous article, we have placed our more analytical sections in yellow, so that you can easily skip the math if you wish.

We simulated the results of 1,000 Sit & Go’s 200 times, with a 12.5% chance of finishing in each of the money positions in order to calculate poker variance. The results are below:

More entries and higher variation in prize money results in bigger swings in your poker bankroll!

There are several other factors to consider that introduce even more poker variance:

Multi-player tournaments typically pay a much smaller percentage of the field (typically 10-20%), and the difference between finishing first and just barely making the money is immense. In fact, for many tournaments, a guaranteed bottom of the money finish in 50% of the tournaments played would be a losing proposition!

Only 15.6% of the field will finish “in the money” as opposed to 30% in the 10-player sit & go example, and just barely making the money will not recoup the costs of a single loss. Let’s assume that your skill increases your chances of finishing in the money to 21% (3% chance of finishing in each of the top 7 spots). Your EV per tournament would be $0.21 (a very respectable 21% ROI).

Even though your ROI is significantly better in this scenario (21% vs 13.6%), your swings will be much worse. Although you are reaching the money more often than the average player, you can still expect to finish out of the money 10 times in a row once every 20 tournaments! (1/0.7910 + 9). Over a stretch of 1,000 tournaments, you can expect 29 - 30 losses in a row at some point!

Once more we simulated the results of 1,000 Sit & Go’s 200 times, with a 3% chance of finishing in each of the money positions and calculated the poker variance. The results are below:

To have a 95% chance of not going broke during a run of 1,000 sit & go’s, you would need a poker bankroll of 83 buy-ins. Again, even though your ROI is higher, the increased number of players (and thus more possible outcomes in each tournament) dramatically increases your poker variance! To have a 99.7% chance to avoid going broke over a period of 1,000 tournaments, you would need a bankroll of 99 buy-ins.

Any statistician who is reading this article is no doubt cringing since our sample sizes are most definitely not big enough. However, this is intentional on our part. If you play 10 sit & go’s each day, 5 days a week, it will take 20 weeks to play 1,000 tournaments. Although a larger sample size would give a more accurate minimum bankroll calculation, we are more interested in demonstrating the huge differences in the maximum downswing over a period of 1,000 tournaments.

The maximum downward swing in our 200 samples of 1,000 tournaments ranged from 27 to 108 buy-ins. All too often, a player who experiences a maximum downward swing on the low end of that range attributes this to skill instead of normal statistical variation. As a result, they begin to risk a larger percentage of their poker bankroll each tournament. Then, during the next run of 1,000 tournaments, they don’t get as lucky and quickly find themselves broke!

Once more we simulated the results of 1,000 tournaments 200 times, this time with a 20% chance to finish in the money (equal chance for each position). The data for the maximum downward swings in each grouping are shown in the table below:

It requires an incredible amount of discipline to have a bankroll of $120,000 and only risk $215 (<0.2%) per tournament. Sadly, if you exclusively play tournaments with thousands of entries, buying in for more than 0.2% of your bankroll means you will need to get very lucky to avoid going broke. In other words, you’re no longer playing poker and are just another gambler!

Large field tournaments are not a profitable investment because the variance in poker results is so extreme that even winning players may never show a profit.

If you’re only risking 0.2% of your poker bankroll per tournament, it will be almost impossible to either earn enough money to justify sustaining such a large bankroll or to grow your bankroll so you can start playing higher buy-in tournaments.

The more entries there are in each tournament, the more our minimum bankroll size increases, until eventually we end up with a bankroll requirement that is unrealistic. Since we still want to avoid going broke, the next article in the series will discuss ways to mitigate risk and reduce bankroll requirements.

Did you find our bankroll calculations for large field tournaments as shocking as we did? We'd love to hear your feedback in the comments below!

5 Essential Tips to Protect Your Bankroll

Nobody wants to spend their entire life trying to grind their poker bankroll from $5,000 to $10,000 by playing $1 poker tournaments! If you want to play multi-table tournaments, you need to do some things to mitigate the variance in your results or you either risk going broke, or being stuck in an eternal grind.

What is the Best Online Poker Tournament Site for YOU? 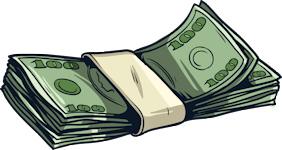 Our detailed MTT ranking tables compare fees for various buy-ins with rewards and promotions for different volumes of play to help you find the best online poker tournament site for YOU! We even have different ranking tables based on your commitment to playing freerolls. 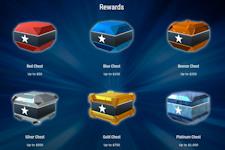 In this detailed article, we explain exactly how the PokerStars Stars Rewards program works, and how little rakeback you can expect to receive. We compare Stars Rewards to the old Supernova VIP program, and explain why PokerStars made such a radical shift in their approach to loyalty rewards. Originally, we hoped this new focus on losing players was an attempt to better sustain the poker economy, but additional changes to Stars Rewards made it clear that PokerStars are only interested in maximizing profits at the expense of their customers. 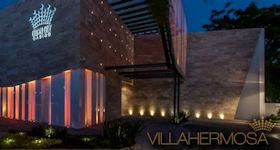 Although there are several casinos in Villahermosa, Mexico, only 1 offers poker: Crown City Casino. Although their poker room has 3 tables, they typically only have games on Fridays and Saturdays. Unless there's a tournament, the games do not start until fairly late (9 - 10pm), and may not start at all. They play exclusively Texas Hold'em with blinds of $25/$25 MXN or $25/$50 MXN.

Do you have an article that you would like to contribute? If so, email it to and we may include it on our site!
0
Shares