In the section below we will provide detailed reasons for why we do not recommend downloading PokerStars. Below is a summary of our reasons for (for anyone who does not feel like reading through the detailed explanations).

If maximizing your rewards while minimizing rake & fees is your goal, then the absolute best site is Americas Cardroom (and they have plenty of active tables as well). In fact, you can earn significantly more rewards with almost any other online poker site.

Nobody should be surprised to learn that monopolies are bad and that competition in the marketplace is good. Competition forces companies to offer high quality products at the lowest possible price. Without competitors, a companies can increase profits with higher prices and lower quality. Although PokerStars do not have an official monopoly, they do have the lion's share of the online poker market ever since Full Tilt poker and Absolute Poker went out of business as a result of Black Friday.

It's not coincidental that all of the unpopular changes mentioned in point #2 of this list happened after the demise of their two biggest competitors! PokerStars are likely to continue to increase rake and fees and reduce rewards as long as players continue supporting them. If you want PokerStars to stop making changes that negatively impact their players, you need to stop playing on PokerStars. Give your business to a different site and PokerStars will either be forced to improve or go out of business.

In June 2014, The Stars Group (then called Amaya Gaming) purchased PokerStars. In November of that same year, PokerStars implemented the first of several rake increases:

These changes were just the first round of profit-driven "improvements" implemented by PokerStars:

With so many rake increases and rewards decreases, we cannot be sure we have listed them all!

These changes (all of which happened after their two biggest competitors disappeared) are are a perfect example of what happens when a company essentially has a monopoly in their industry. PokerStars are pushing their customers as far as possible and will continue to do so as long as players foolishly continue to give them their business!

3. PokerStars are not Innovators

Even before being purchased by Amaya Gaming, PokerStars were not known for their innovation. Instead, they simply copied good ideas implemented by other sites. The best example of this is Zoom poker, which was copied from Full Tilt's Rush poker. They couldn't even come up with an original name! 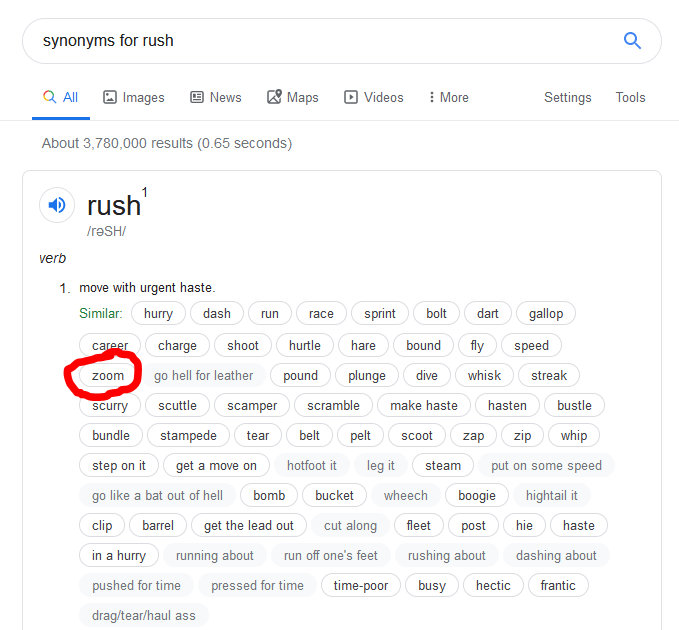 About the only area where PokerStars show original thought is the creative ways they improve their bottom line at the expense of their players!

4. PokerStars have a History of Criminal Behavior

When PokerStars, Full Tilt, and Absolute Poker were shut down on the infamous Black Friday, it initially made no sense. Online gambling may be illegal in the US, but companies non-US companies should not be subject to US laws if they are not doing business within the United States. An online poker site that allows US players to break US laws should be no more culpable than a brothel in Amsterdam that accepts US tourists as customers.

It became clear later how the US Department of Justice were able to prosecute PokerStars and the others. They weren't just accepting US players; PokerStars were actively circumventing US laws. Preet Bharara, the US Attorney for the Southern District of New York gave his thoughts on the indictment:

As charged, these defendants concocted an elaborate criminal fraud scheme, alternately tricking some U.S. banks and effectively bribing others to assure the continued flow of billions in illegal gambling profits. Moreover, as we allege, in their zeal to circumvent the gambling laws, the defendants also engaged in massive money laundering and bank fraud. Foreign firms that choose to operate in the United States are not free to flout the laws they don't like simply because they can't bear to be parted from their profits.

It should be noted that Amaya Gaming did not own PokerStars at this time. Amaya Gaming purchased Poker Stars in June 2014 and Black Friday was in 2011. Maybe this sort of criminal behavior is a thing of the past...

There are many reasons to re-brand a company. It is entirely possible that Amaya Gaming re-named themselves to The Stars Group because they wanted a new name to reflect their newly restructured business. However, name changes are more commonly associated with companies trying to hide their shady past.

In June 2014, Amaya Gaming purchased PokerStars. If their name change was related to a new business model, then why did it not occur until August 2017? It seems far more likely that Amaya re-branded to The Stars Group because in August 2016 Amaya CEO David Baazov resigned after being charged with multiple instances of securities fraud. Before he resigned, Amaya lost $524M CDN in value after their stocks plummeted 21%.

Are there any other skeletons in Amaya's closet that they would like to distance themselves from?

6. Amaya Gaming Ran the Ongame Network into the Ground

Prior to purchasing PokerStars, Amaya Gaming bought the Ongame Poker Network from Bwin in October 2012. They made no attempt to stop this poker network's steadily declining player base and seemed utterly uninterested in managing the network at all.

Amaya sold the Ongame Poker Network to NYX Gaming in November 2014 (5 months after buying PokerStars). Amaya Gaming did not make a single improvement to the Ongame poker network in the two years that they owned it. NYX Gaming attempted to revive the near-dead network, but Amaya Gaming's previous mismanagement of the network was too much to overcome and NYX Gaming attempted to sell the Ongame network in April 2016 and eventually closed it in October of the same year.

In October 2019, The Stars Group was purchased by Flutter Entertainment PLC, who own the Irish gambling firm Paddy Power, as well as the fantasy sports brand FanDuel. Even though most of the reasons not to download PokerStars are related to previous owners, don't expect things to get any better. Online poker will account for even less of Flutter's revenue (around 20%), and in most press releases covering the acquisition, the focus is almost entirely on sportsbetting. Flutter is preparing to capitlize on the newly legalized US sportsbetting market, so don't expect any focus on their dwindling poker product.

Just as Amaya Gaming already owned a poker network that they didn't care about when they bought PokerStars, Flutter also already owns the Adjarabet network as well as several poker skins on the struggling iPoker network. If these brands represent Flutter Entertainement's interest in improving online poker, then the future of PokerStars looks bleak indeed!

PokerStars decided to exit the Indian market in April 2018. This is fairly common as online poker sites navigate the complex legalities of their business in various countries. However, rather than simply preventing Indian players from playing on their site, PokerStars instead launched a new PokerStars India product. Many players were fooled into thinking they were playing on PokerStars, but with a player pool restricted to residents of India (similar to PokerStars Europe). Except PokerStars do not own PokerStars India - they sold their players to Sachiko Gaming, allowing them to use their software. The first thing Sachiko Gaming did was massively increase the rake!

9. More Traffic is not Always Better

In an article discussing variance in poker tournaments, we showed how winning poker players (23.9% ROI) playing MTTs with 7,800 entrants will experience an average maximum downswing up to 286 buy-ins! In other words, a winning poker player who plays $10 tournaments could easily lose as much as $2,860 in a single stretch during a 1,000 tournament period! That is just the average maximum downswing - 5% of players will actually suffer a downswing of $4,730 or more! These swings in your bankroll are not related to poor play - they are the result of normal statistical variation!

To protect yourself against this amount of variance in tournament results, you would need to maintain a bankroll of $5,000 (just to play $10 tournaments)! As a result, you are investing only 0.2% of your bankroll each tournament. Playing smaller field MTTs will dramatically reduce your variance in results. Playing a 45-player tournament (even with a smaller 21% ROI) reduces your bankroll requirement to just 83 buy-ins for the same 95% chance to avoid going broke. Smaller tournament fields allow you to risk a larger percentage of your bankroll each tournaments so that even with a smaller ROI, you will have higher net profits. The smaller the field, the closer your actual ROI will be to your expected ROI. In the same article, we showed that winning players with a 23.9% expected ROI could play PokerStars' Sunday Million every week for 19 years, and 40% of them will have a net loss!

Although high traffic will not directly impact your cash game results, having so many tables to choose from is not necessarily a good thing either. The only players who should be interested in sites with 20+ active tables at their preferred stakes are multi-table grinders. Professional grinders rely on volume of play, allowing them to profit from very small margins. These players tend to only play on big sites like PokerStars.

Imagine there are 20 6-Max cash game tables and 10% of the players seated there are professional grinders who play an average of 18 tables at a time. The other 90% of players are casual players who play an average of 2 tables each. Even though 90% of the players are casual, they occupy just 50% of the seats, making the games essentially unbeatable! High numbers of online professionals plying their trade on PokerStars, combined with the increasing rake and horrible rewards is the biggest reason we do not recommend downloading the PokerStars software!

Even though there are plenty of reasons not to download PokerStars, they remain one of the most popular online poker sites. Below are 5 reasons why many players continue to play poker online with PokerStars:

One of the biggest things to consider when choosing an online poker site is the "net cost" of playing there (i.e. rake & fees minus rewards). The best online poker site we have reviewed for consistently offereing the lowest net cost to play is Americas Cardroom (and they have lots of active tables as well):

If volume of players is your biggest reason for joining PokerStars, then you should instead consider downloading PartyPoker. They also have plenty of active tournaments and cash games and provide far better rewards and customer service!