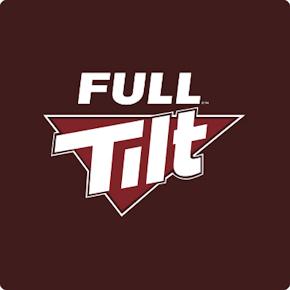 Full Tilt Poker for US Players

Full Tilt Poker do not accept players who reside in the US, nor should you play on Full Tilt poker while visiting the United States. Actually we recommend that you do not download Full Tilt poker at all!

While it is possible to get around the US player restriction with a VPN, this is not recommended. The massive fines from the US Department of Justice had the intended effect. Unlike in the past when Full Tilt were willing to turn a blind eye to US-based players, they now actively seek to ensure that no players residing in the US, or visiting the US can play poker on their network. While a VPN can trick the site into thinking you are located somewhere else, it just takes a single drop in network service while playing for you to get caught. Why take the risk when there are other quality poker sites that still accept US poker players?

Full Tilt used to be one of the best online poker sites and the competition they provided to PokerStars was great for players as both online poker giants sought new ways to attract and retain players. However, since being purchased by PokerStars, Full Tilt is nothing more than a PokerStars skin. The site serves absolutely no purpose as everything is exactly the same as on PokerStars. Full Tilt players have been absorbed - they use a shared cashier to make it easier for you to play on the PokerStars client. They have even re-branded Full Tilt's revolutionary Rush Poker to PokerStars' copied version, Zoom Poker!

Full Tilt now uses the new much-hated Stars Rewards player rewards program implemented by PokerStars. Although the effort seems to be to encourage more losing players to play (a good thing), this rewards program treats their regular players horribly! Winning players have seen their rakeback rewards drop from 69% with the Supernova program to roughly 2% with Stars Rewards! These players helped PokerStars and Full Tilt grow to the industry leaders they are today, and The Stars Group just spit in their faces!

As if slashing rakeback rewards from 69% to 2% wasn't bad enough, The Stars Group have also increased rake multiple times, further slashed rewards by 55% for tournament players (who now earn just 45 reward points per $1 in fees compared to 100 points for $1 in rake), and revamped the Stars Reward program, making it even worse! The only good thing about the Stars Reward program was that it wasn't horrible for casual players. However, by dramatically increasing the points requirement for the lowest value chests, they have made it significantly more difficult for casual players to receive ANY rakeback!

If loyalty rewards are important to you (and they should be), then you will almost always do better on another poker site! For most players, Americas Cardroom has the best rewards program. You can start playing on Americas Cardroom today by clicking the banner below:

Alternatively, you can go through this simple 4-step process to find out which poker site offers you the lowest net cost (rake/fees - all rewards).

For every $1 you pay in rake or tournament fees, you earn 100 reward points (but only 45 points if you play tournaments). Earn enough reward points, and you earn a reward chest. Reward chests offer random prizes that vary in value (from 60¢ to $12 for Bronze chests), although the basic chest (Blue) always offers 60¢. If you earn 10 chests of the same type in a 28-day window, you move up to the next reward chest (e.g. from Blue to Bronze), which has a higher average value, but also requires more reward points to open.

Because Full Tilt do not publish the various combinations of point cost for each chest, the above table is based on data collected from various forums. While the rakeback calculations may not be exact, they are far closer than any other estimates you will find.

The tricky part of the Full Tilt Stars Rewards program is that the reward point requirements for each chest vary based on your player profile (and the variation can be huge). Although there are other factors that contribute to your profile, the biggest is whether you are a net depositor, net withdrawer, or break-even player. Net depositors can earn as much as 29.2% equivalent rakeback, while net withdrawers can earn as little as 2.0% equivalent rakeback with Stars Rewards!

Stars Rewards on PokerStars and Full Tilt can pay as little as 2.0% rakeback to winning players - even less if you play tournaments! Click to Tweet

It is very important to note that our equivalent rakeback calculations are based on the weighted average of the rewards from each chest. In other words, you are unlikely to receive exactly the rakeback our tables indicate. Full Tilt are trying to attract gamblers, so instead of providing a consistent rakeback percentage that most players prefer, they instead provide a variable reward in a sparkly chest with firework animations to appeal to gamblers.

Installing Full Tilt Poker is quick and easy, and the software is available for Windows, Mac, Android, or iOS operating systems. Although we have not written download and installation instructions specifically for Mac, our Full Tilt download instructions for Windows will be very similar (and if you click the download links while using a Mac, they will automatically download the Mac version of the client software).

Full Tilt offer real money poker in which you compete against other players from around the world. The site offers a variety of methods for depositing and withdrawing real money to and from your poker account.

The deposit bonus at FullTilt poker is pretty much the exact opposite of their other promotions. That is, while most Full Tilt promotions are designed to look really good, but are actually garbage, the Full Tilt first deposit bonus looks mediocre, but is actually reallly good! While there are so many better poker sites for you to join, if you do for some reason decide to join Full Tilt, select the best Full Tilt bonus code to maximize your rewards (because these are the only decent rewards you are going to get while playing there):

If you enter the Full Tilt bonus code 'THIRTY' and make a deposit of at least $20, you will receive:

Full Tilt Poker bonus code 'THIRTY' is best for players who generate less than $182/year in rake and fees. Click to Tweet

If you generate less than $182/year in rake and fees, then this is actually one of the best poker deposit bonuses available online, although it's still not as good as the Americas Cardroom first deposit bonus, or PartyPoker sign-up bonus.

If you generate more than $182/year in rake and fees, then you will earn more with the 'STARS600' bonus code from Full Tilt. You receive a 100% matched bonus up to $600. Although many other sites offer bigger bonus amounts, the favorable conditions on the Full Tilt sign-up bonus offer make it one of the best available online.

If using the 'STARS600' bonus code, you can make up to 3 qualifying deposits over a 60 day period, and we strongly recommend that you do so. The advantage of spreading out your initial deposits in this way is that it increases the amount of time you have to earn your full bonus, as you have 4 months to earn each bonus after each qualifying deposit. That is, if you deposit $200 initially, then another $200 after 1 month, and make a third $200 deposit just before 60 days after your first deposit, then you have a full 6 months to earn the full bonus!

As you play poker on Full Tilt, you will earn 5 redemption points for every $1 paid in rake or tournament/SNG fees. For every 180 redemption points earned, you receive $10 of your first deposit bonus, which is 28% rakeback. Although other sites may offer a higher sign-up bonus rakeback percentage (such as BoyleSports poker, who offer 30% rakeback with their sign-up bonus), these sites do not offer as long of a redemption period as Full Tilt. As a result, you earn more total sign-up bonus rewards with Full Tilt than with any other online poker site sign-up bonus if you generate between $800 and $9,000/year in rake and fees.

Freerolls are a great way to build a bankroll with no risk. However, most of the freerolls available on Full Tilt are very low value and generally not worth the effort. The Weekly Stars Rewards are the exception, but they're not a true freeroll since you can only receive these tickets from Stars Rewards chests, which are earned by generating rake or paying tournament fees.

To get School Pass tickets, simply join Full Tilt's PokerSchoolOnline.com for FREE. You will earn some tickets just for signing up, and can then earn more by inviting friends, participating in quizzes, etc. However, since the value of the School Pass freerolls is pretty worthless (1-3¢ each), only join PokerSchoolOnline if you actually plan to take advantage of their free poker training.

Full Tilt used to offer great freeroll leaderboards called "The League". They have since slashed the rewards, and the tournaments are no longer free after 3 months! With horrible prize pools for each individual tournaments, there are better freeroll poker tournaments worth considering.

While we certainly don't recommend it, you can download Full Tilt poker today by clicking on the button below:

Honestly, if you are concerned about rakeback, then Full Tilt is just about the worst site for you! You will almost always be better off with another site. For example, you can get 27% rakeback with Americas Cardroom by clicking on the banner below:

Typically, you want to play as many freerolls as possible in order to maximize your total equivalent rakeback rewards. However, most of the freerolls on Full Tilt are very low value and not worth the effort.

As for rakeback, the only way to get half decent rakeback on Full Tilt is to consistently lose! However, even if you are a losing player, you won't earn more than the 27% rakeback offered by Americas Cardroom unless you are paying $100,000/year in rake!

Whenever you open a Stars Rewards chest, you will frequently receive Stars Coins. These can be exchanged for cash at a rate of 100 for $1. That is, each Stars Coin is worth 1¢.

However, you often get more value from your Stars Coins with The Deal. The Deal allows you to wager either 7 or 70 Stars Coins in an attempt to win a prize. Unless the Jackpot is over $270,000, you should only ever wager 7 Stars Coins once every 12 hours. As long as the jackpot is less than $270,000, the weighted average of the prizes you can win from The Deal is less than the value of exchanging Stars Coins directly for cash. However, if someone wins the Jackpot, then anyone who played The Deal in the previous 12 hours shares in 50% of the jackpot. This increases the value of the 7 wagered Star Coins above 7¢. However, since the jackpot is divided by the number of players, and not by the number of times you played, there is no advantage in playing more than once, or in wagering 70 Stars Coins.

Once the jackpot reaches $270,000, the average weighted value of Star Coins wagered on The Deal becomes greater than 1¢. However, you still may not want to expend your Stars Coins in this manner, because you are gambling a guaranteed 7¢ or 70¢ in the hopes of a huge payday. When wagering 7 SC, you need to make a Royal Flush in 5 cards (0.00015% chance), and that just gives you the opportunity to spin for the Jackpot prize, with just a 1 in 8 chance of hitting the jackpot. When wagering 70 SC, you can also spin for the jackpot if you make a Straight Flush (0.00154% total chance).