Answer 4 simple questions to find the online poker site with the lowest effective rake (rake/fees - rakeback) for your playing preferences!

To get started, simply click the image below for the type of game you most frequently play: 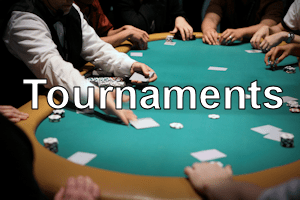 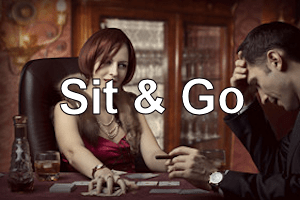 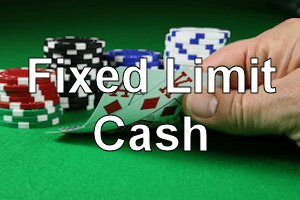 Full Tilt first introduced the concept of Rush Poker, in which players are automatically moved to a new table as soon as they complete an action on their current table. This dramatically increases the amount of hands a player can play per hour as they no longer need to sit around waiting for a hand to finish, but are instead dealt a new hand on a new table. The advantage of Rush Poker compared to playing on multiple tables simultaneously is that when you do play a hand, it has your undivided attention, allowing you to make better decisions. You are also guaranteed to always have a full table (i.e. nobody is ever "Sitting Out" because as soon as they sit out, they are no longer added to a new table). The disadvantage is that you are not sitting at the same table with the same players, so you will not get a sense for how they play (unless you are using 3rd party software like Hold'em Manager or Poker Tracker).

Shortly after Full Tilt introduced Rush Poker, other online poker sites quickly realized its advantages and copied it. PokerStars called their version Zoom Poker. After acquiring Full Tilt poker, and combining the two networks, PokerStars decided to keep their own name, Zoom Poker, and eliminate all references to Rush Poker, which is unfortunate since Rush Poker is the original.

In order for Zoom Poker to work properly, there needs to be a large group of players who all want to play Zoom Poker for the same game and at the same stakes. Obviously, if there are not enough players to fill 2 tables, then the advantages of this concept are greatly diminished, as each time you join a new table you will end up waiting for players to finish their hands on previous tables. As a result, Zoom Poker is most effective on large traffic sites and only for the most popular games.

PokerStars offers more variations of online poker for money than any other site, both for poker cash games and tournaments. Although many of the games offered are never active, there is still a wide variety of games with a lot of active tables for a wide range of stakes.

Although the rake on the PokerStars network remains competitive for all games and stakes (despite several PokerStars rake increases), the effective rake after accounting for rewards is atrocious!

For example, you might pay $10 in rake on another site, where on PokerStars you might only pay $8. However, if that other site offers 30% rakeback, then your effective rake is just $7. PokerStars offer as little as 2% rakeback, so the effective rake in this case would be $7.84. Now, that doesn't seem so bad - in this fictitious example, you are only paying 12% more rake, which may seem like a good trade-off for the extra traffic and software quality.

However, sites like Americas Cardroom (our top pick for cash games) also charge less rake in addition to giving far higher rakeback rewards! They also have plenty of traffic and high quality software. If cash games are your preferred form of poker, you will pay far less effective rake on Americas Cardroom than on PokerStars!

The effective rake at PokerStars is one of the highest online due to the fact that the Stars Rewards program offers very little rakeback. Click to Tweet

PokerStars is the world’s largest poker site and this is never more evident than when playing online poker tournaments. The incredible number of players can lead to amazing prizes (like $215,000 guaranteed for winning the Sunday Million), but when combined with a top-heavy payout structure it also creates ridiculous levels of volatility in your results. This high level of volatility is the reason why even top online tournament professionals go months without showing profit on PokerStars.

There are plenty of better options for online poker tournaments than PokerStars! If you don't enjoy grinding freerolls, then our top suggestion is Americas Cardroom. They also offer incredibly high stakes tournaments (with prize pools of $1M or more), run two major tournament series each year, and offer satellites to live events. Americas Cardroom also offer many tournaments with hundreds instead of thousands of entries, allowing you to more effectively manage your variance. Plus, their rewards program is far superior, offering a minimum of 27% rakeback! Start playing tournaments on Americas Cardroom today by clicking the banner below:

Although Americas Cardroom does offer freerolls, if you are the sort of player who enjoys high value freerolls, then Bwin Poker is an even better option. Although their rewards program isn't as strong, it's still far better than the garbage Stars Rewards program. Plus, when you add in the value of their freerolls, they become our top rated online poker site. Start playing freeroll tournaments on Bwin today by clicking on the banner below: