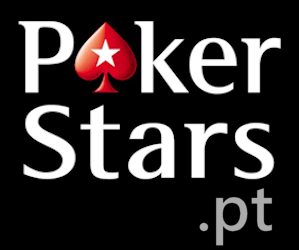 Since poker played outside of home games is not a zero sum game, the economy relies on depositors, and yet these players are typically not given any special treatment. In fact, it's usually the "net withdrawers" (AKA, the pros and the grinders) who get all the rewards. With the old Supernova program winning players were earning as much as 69% rakeback! PokerStars realized that rewarding players who are already winning is pretty pointless, so they shifted their focus to the players the game needs most to survive: net depositors.

Initially, this seemed like a great idea! Reward the players most crucial to the poker economy and it should thrive. At first, that appeared to be the objective of the Stars Rewards program, and originally we applauded PokerStars for it. The regulars raged at the loss of rakeback (and with good reason - many had supported and funded the site for years only for PokerStars to stab their best customers in the back). Keep in mind, poker sites make their money from rake, not from player losses, and nobody contributes more rake than the grinders who play tens of thousands of hands every month. Supernova Elite players saw their rakeback reduced from 69% to roughly 5%!

The Stars Group then went one step further and reduced the rewards for tournament players by a whopping 55%! Instead of earning 100 points for every €1 contributed in rake like everyone else, tournament players now only earn 45 points per €1 of rake. They also don't give ANY points to players playing higher stakes cash games! These changes have nothing to do with helping the poker economy and everything to do with helping PokerStars increase profits.

A few months later the Stars Group reduced the rewards even more, and pulled the scummy big business tactic of phrasing it as if they were doing everyone a favor! PokerStars claimed they were simplifying the process of earning chests (which they did), but at the same time they reduced the rewards once again. Winning players now earn as little as 2.1% rakeback! Half that if they play tournaments or Sit-and-Go's, and 0% if they play high stakes cash games. What a disgraceful way to treat their best customers! Many of their regulars left since they can earn significantly more rewards with almost any other online poker site.

If loyalty rewards are important to you (and they should be), then you will almost always do better on another poker site!

With Stars Rewards, you earn 100 reward points for every €1 you pay in rake, or 45 points for every €1 in tournament fees. Earn enough reward points, and you earn a reward chest, which offers random prizes that vary greatly in value (from €0,60 to €12 for the Bronze chest). Only the Blue chest has a fixed value (€0,60). You must earn at least 1 chest of your current type over a rolling 28-day period to remain at your current level. Earn 10 chests during this timeframe to move up to the next level (i.e. from Blue to Bronze). Higher level chests have higher points requirements to earn and higher rewards, but not necessarily higher rakeback!

The most confusing (and frustrating) aspect of the Stars Rewards program is that the reward point requirements for each chest vary based on your player profile (and the variation can be huge, as illustrated by the above table). Although other factors contribute to your profile, the biggest is whether you are a break-even player, net depositor, or net withdrawer.

Winning poker players earn as little as 2% rakeback from Stars Rewards while playing poker with PokerStars.EU! Click to Tweet

Please note that our equivalent rakeback calculations are based on the weighted average of the rewards from each chest. That is, you are unlikely to receive the exact rakeback our tables indicate. This is part of the draw of the Stars Rewards program - the opportunity to earn a big prize! The entire Stars Rewards program is designed to attract gamblers, which fits with PokerStars' mission to increase their revenue from their online casino.

Compete against players from France, Spain and Portugal with PokerStars.PT by playing on the PokerStars Europe network. PokerStars PT offers a variety of methods to deposit and withdraw real money to and from your PokerStars.PT account.

Download PokerStars.PT using any of the download buttons on this page and enter the following Poker Stars Portugal bonus code:

If you make a deposit of at least €10 and use PokerStars.PT bonus code 'PORTUGAL20', you will receive:

Use @PokerStarsPT bonus code 'PORTUGAL20' and deposit €10 to receive €5 instantly, plus another €5 every week for 3 weeks! Click to Tweet

Although PokerStars.PT claim there are no conditions on this deposit bonus, they have also stated that they will not allow players to deposit €10 and then withdraw €30 3 weeks later without playing. As with most sign-up bonuses of this nature, there are probably rake requirements before you can withdraw your bonus, but for some reason PokerStars.PT refuse to indicate what these requirements are!

Download PokerStars.PT on your mobile devices (tablets and phones), allowing you to play poker on the move! Poker Stars Portugal mobile apps allow you to play cash games, tournaments, and sit-and-go's exactly as you would on a desktop computer. PokerStars.PT mobile apps include all of the features PC and mac users are accustomed to, including quick seating, multi-tabling, chat, and more. PokerStars Portugal even offers tutorials optimized for phones and tablets!

Play poker online against millions of users from the palm of your hand with the Poker Stars Portugal iOS app, available for download from the iTunes Store.

Download PokerStars.PT today by clicking on the button below:

To get the most value from a poker site's rewards program, you should try to play as many freerolls as you can. PokerStars.PT does not offer many freerolls compared to PokerStars.com, but each freeroll has decent value.

Even though The League freerolls have incredibly low value individually, you can win decent prizes via the leaderboard if you can play them every day. If you are not willing to play this freeroll almost every day, do not bother playing them at all!

Sadly, there is little you can do to improve the awful Stars Rewards program. Previously, Stars Rewards included a daily boost that doubled your points earned for 8 hours, but this was eliminated to simplify the program (but also to reduce the rewards even more).

Although PokerStars.com offers The Deal, which can be a more effective way to spend your Stars Coins, PokerStars.PT does not offer a similar promotion.

If you play online poker with Poker Stars Portugal, you get high rake/fees and crappy Stars Rewards (and there is not much you can do to improve them). You are likely better off playing poker with a different online poker site!